Lately I’ve been thinking about second chances, how sometimes it takes more than one try to get it right. Our culture tends to assume that businesses can achieve overnight success just by being lucky, but often they just don’t want to advertise when things went wrong.  It’s a nice idea, that overnight success thing, but great story lines have a part where it looks like the main character’s not going to make it.  An example is the La La Land movie. Did they or did they not achieve their dreams in the movie? 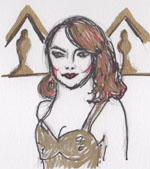 I won’t give the story line away you’ll have to go see the movie for the answer, but that’s sort of where the excitement is with running a business, right–The idea that you might win. And, even though La La Land didn’t win the Oscar, the mistake that called them as the winner probably gave the movie just as much exposure as the real winner, Moonlight, because most of the producers got to say their acceptance speech as if they had won and the moment will live on in Oscar history. An interesting fact too, is that the 2017 TV viewing was “the second least watched in TV history,” according to Vulture, with 32.9 million viewers. That’s the lowest since 2008, reported by Nielsen, but will probably have a longer exposure time than just one night because of the fiasco. 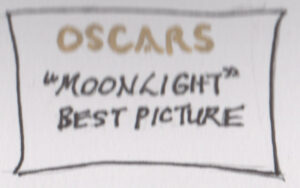 I believe businesses who can handle problems have the best chance of reaching their goals. Think of some of the Public Relations efforts that took a bad situation with a product and turned it around. One good example is the 1982 Tylenol Cyanide crisis.

A terrible thing happened with their product. According to a report by professor Ron Smith for Buffalo State College students, seven people died near Chicago linked to taking extra strength Tylenol capsules that had 10,000 the lethal dose with 270 copycat tamperings. Although Johnson & Johnson, the parent company, had a crisis plan they hadn’t planned for one on that scale. But they handled the problem the best way they could by cooperating with the police and FDA, engaging the media, recalling 31 million Tylenol bottles, offering to exchange already purchased bottles and then coming back with tamper resistant packaging. They held ongoing media conferences and continued to offer open communication and incentives to customers ending up with a good reputation in the end.

So regardless of how many second chances your business may need to try to reach your goals, keep solving those problems because in the end it’s the ones with the strongest endurance who usually win.  What’s your businesses second chance story?

•Care more about you

•Give you focused attention

•Have many years of specialized market expertise

•Have increased business for customers

•Give one on one attention

•Use our experience to help small and big corporations

•Believe every business has a story