KOGO-AM News Radio 600 held an invitation only event on May 12, 2016 at the Westgate Hotel in San Diego called The Circus of Politics, the Media as Ringmaster. A panel of guests answered questions posed by Ted Garcia of KOGO News. The first question he asked the panelists consisting of Cliff Albert of KOGO News, Tony Manolatos of APEX Strategies, Scott Lewis of Voice of San Diego and Wendy Patrick an Attorney/Legal Analyst and Ethics Professor was to describe the current political season in one word.

Manolatos described it as “Toxic”, Lewis said “Social”, Wendy chose “Unconventional” and Albert asked for a hyphenated word to pass as one word to say it was “Circus-Like”.

Issues discussed included the way Donald Trump uses social media and how the media chooses to cover what he says because he gets high ratings.

One of the panelists brought up the discussion about how people were talking about Facebook blacklisting the right side point of view. One thought that was a ridiculous proposition but another commented that Facebook has algorithms and as a private company they can choose what stories they want to trend.

Trump’s name was brought up repeatedly in the discussion with one person describing him as a product and that he was creating the media. Another said that it was impossible to fact check Donald and that he seems to be trending a “personality is now the message” theme.

Manolatos, when asked how he might help the candidates better brand themselves said that Hillary Clinton has the most political experience of all of them but needed to work on her warmth, that she doesn’t have her husband’s charisma.

On whether or not the media was causing a lot of the “circus-like” atmosphere, one panelist said there are two types of reporters-one that covers the story but doesn’t fact check and another that fact checks and investigates but the story may not be as entertaining. Patrick brought up the idea that people are more worried about the narrative, and often people get it wrong on social media.

They all seemed to agree that the news should be “What Is” but that it is a new media climate where traditional media doesn’t get to choose the news anymore and most people and brands are their own news outlets.

And one more thing about Trump, Garcia said that he is on his way to San Diego and that we need to get ready for him, but a lot of people aren’t.

2016 Olympics Ratings
How The 2016 Elections Will Affect Advertising Avails 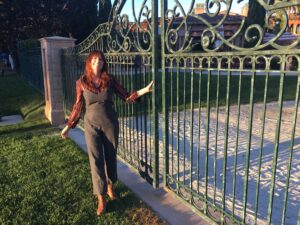 •Care more about you

•Give you focused attention

•Have many years of specialized market expertise

•Have increased business for customers

•Give one on one attention

•Use our experience to help small and big corporations

•Believe every business has a story